A couple of days ago I finally got the courage that was lacking in my heart some time ago when I added the last entry in this category.

There was a dense mist along the shoreline and you couldn’t see more than a hundred meters in any direction. I was starting to set up the outpost when I saw the old lady, mentioned in the previous entry, entering the beach accompanied by her son. Due to a couple of encouragements, I mustered my resolve and prepared some words in advance. Once everything was set, I took a step forward and approached the lady dressed in black obviously mourning for her husband. What other reason could there be if she was dressed in black and accompanied by her son instead of her husband?
Still very lucid, the old lady had already noticed me when she was here for the first time, even though I look different from what I used to look before.
I began with a polite “good morning” and she answered by using my name while I was not really sure what her name was. Immediately I remembered it correctly and then explained that I was with one foot behind given the obvious circumstances, which I assume that she understood and then also confirmed. 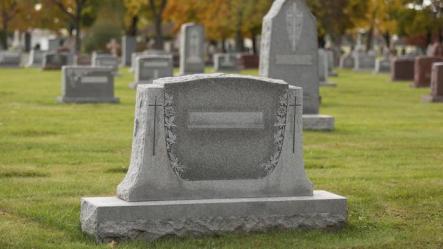 Her husband had passed away in June without a hint or sign of a critical condition. He was to receive a surgery to the heart, scheduled for a week before the end of the month, but an ache at the left part of his chest was starting to become unbearable. He would go to the hospital and have it gone after receiving treatment, but later the pain would return nonetheless. In the end, he was admitted in the hospital to see if he was properly taken care off and even told his wife that it wasn’t necessary to call his sister or nephews to inform of his current status because he would be out of the hospital soon.

In the next day, his wife came to visit him and the staff of the hospital informed her that her husband had died in the night before that day, being pneumonia the cause of death. She was expecting him to come home on that day and instead she was met with the overwhelming news. Not prepared in the slightest for the heavy truck that had just passed over her. Sometimes our journey does not show the path ahead of us in the slightest…
I even felt a piece of revolt. Not even a call from the hospital?
She told me this while trying her best to contain the tears at the corners of her eyes.
Sudden as it was and so recent as it is, the pain could be carefully heard behind each word spoken.

Nevertheless, we exchanged some more words throughout the morning and now I feel much lighter than before although it feels sad to know that the kind old man is gone, leaving behind a hole that is constantly remembered by the widow and myself whenever we meet at the beach.

Enter the fantastic universe of Chaotic Order with the first digital books, Enclave – Creation and its sequel Amelioration.

Enclave – Creation: A brief explanation about the book and its Universe.